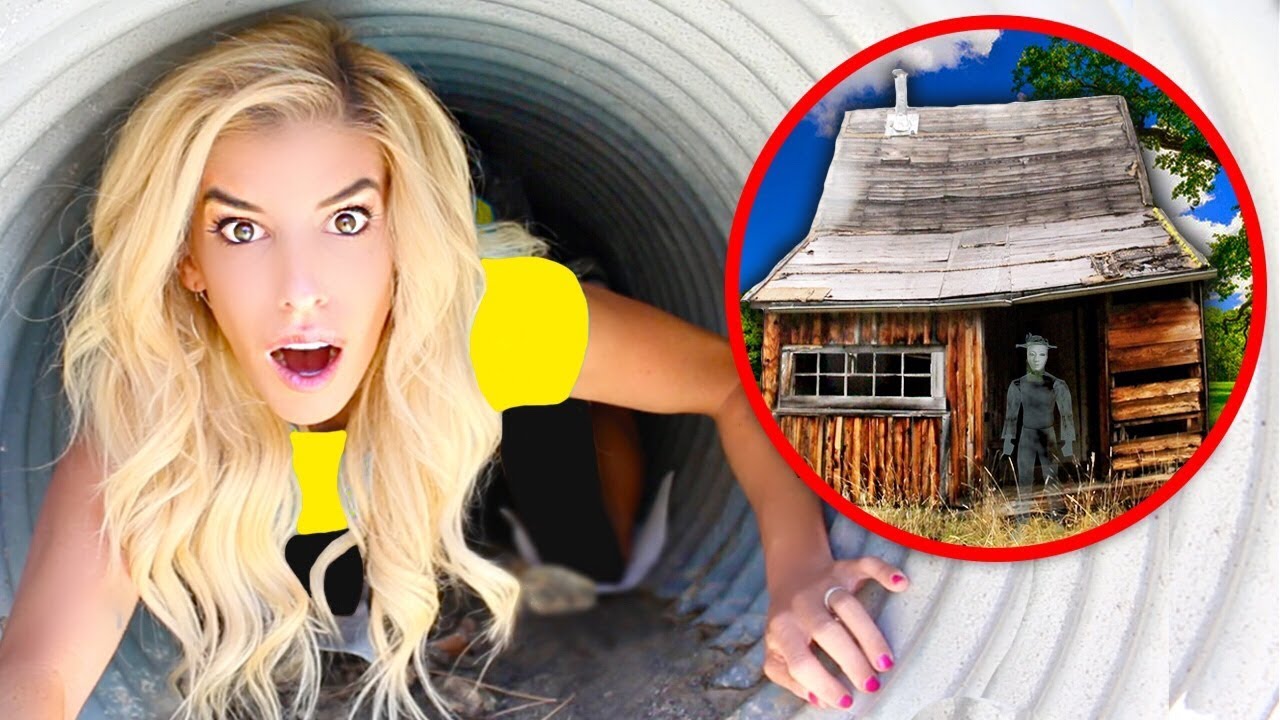 After Rebecca Zamolo made Stephen Sharer take a professional lie detector test (about being the Game Master) the new evidence from surveillance footage revealed the real GameMaster might still be inside her cabin. We explored the secret hidden underground tunnel using spy gadgets in her closet and found that it led to the Game Master’s house. Stephen used his iPhone to track and find the mystery location. We realized we needed to go across water so we rented a boat to drive across the lake. Do you think this abandoned house is where the Game Master does his hacker spying on us?

Rebecca Zamolo and her husband Matt (not brother) made Stephen Sharer & his sister Grace take a lie detector test to prove they were not the Game Master. The professional polygraph examiner used the evidence to determine they were telling the truth. After we caught the Game Master on camera on our secret hidden surveillance we realized the GM could still be underground in our closet. We decided to explore it and found a secret hidden tunnel that led outside along with an address on a note. Stephen used his iPhone to track the location and we had to ride a boat to get across the water. When we approached the mystery house it looked abandoned and creepy. Rebecca got an alert on her phone that showed surveillance footage of him at her cabin breaking in. It was finally their chance to sneak inside and look for mystery clues in less than 24 hours. Do you think we’ll find hacker spy gadgets inside? Thanks so much for watching my family friendly videos in 2018!