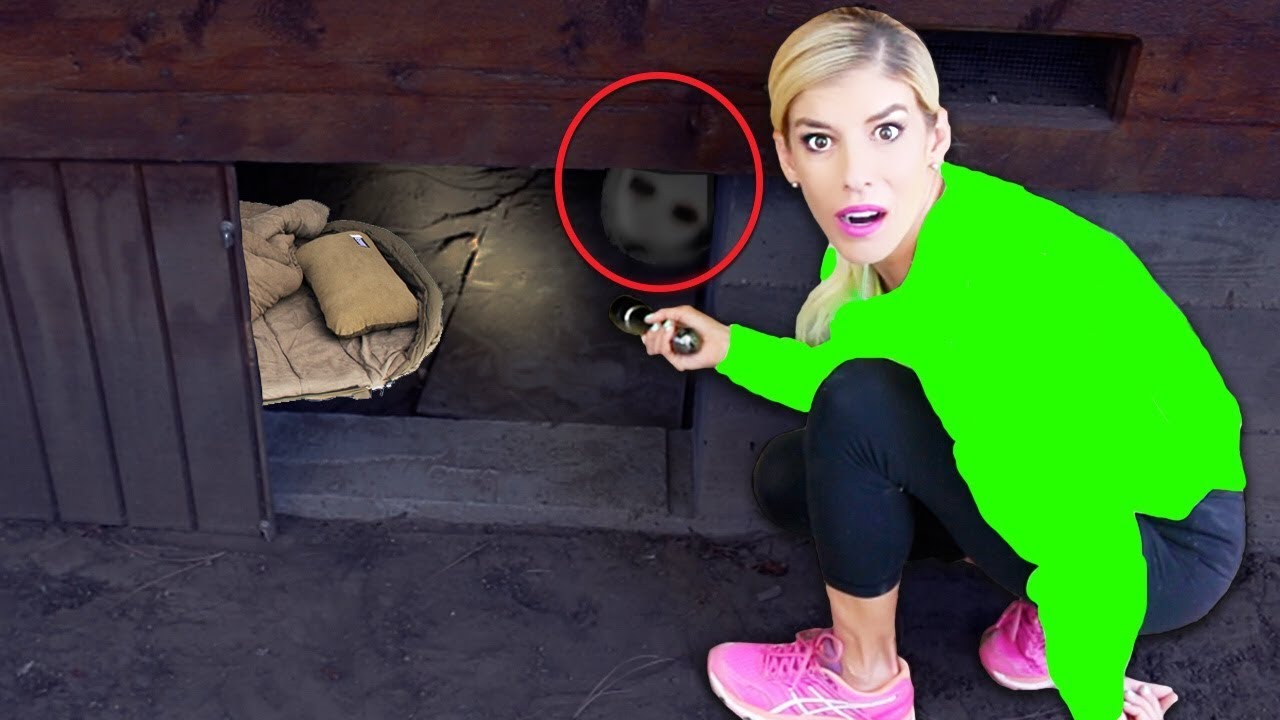 We Found GAME MASTER Living Under Our HOUSE in Top Secret Hidden Underground Tunnel to Spy! on The GameMaster.com

Rebecca Zamolo found the Game Master secret laptop in an abandoned cave and with your help found the 5-digit secret password to unlock it. The mystery clue told us something was behind cabin so we decided to explore it for more clues. In our backyard we found a hidden tunnel where the GM had been living underground below our house. Rebecca used spy gadgets for exploring this mystery hideout he had been using for spying on us. What do you think Code 10 means and is Rebecca missing now?

After Rebecca hacked into the Game Master laptop after finding it in a mysterious abandoned cave the final clue led her to check behind her cabin. Rebecca and her husband Matt (not brother) searched for evidence that the GM had been spying on them. We found a secret hidden tunnel underground in our backyard. Using spy gadgets and iPhone we explored the location and found top secret clues and information about who the GameMaster was going after. We thought he was working with Project Zorgo and Chad Wild Clay, but the mysterious cords we found make me think he might be the hacker. We also found pictures of YouTubers that were twin pictures to the ones we found with Stephen Sharer at the abandoned arcade. Matt when outside heard a noise. Did you think the Game Master was spying on us the whole time and this was a trap? Thanks so much for watching my family friendly videos in 2018!