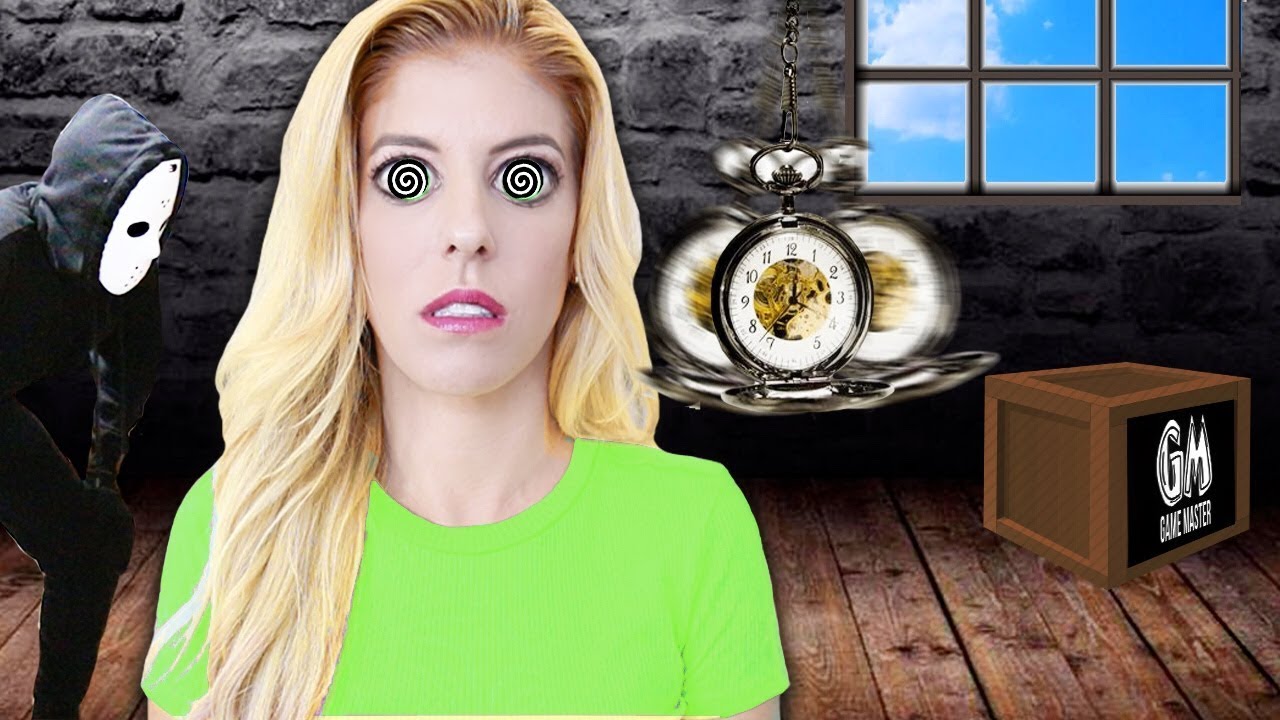 Rebecca Zamolo went missing after exploring our backyard and finding the secret hidden underground tunnel below our house where the Game Master had been spying on us. While Rebecca was searching for mystery clues using spy gadgets she was trapped and taken to a top secret location in an abandoned warehouse. Matt received a tracking device which revealed surveillance footage of Rebecca being hypnotized using Code 10. What do you think he wants to control her to do?

After Rebecca Zamolo went missing while she explored the Game Masters Spy Room under her cabin he trapped her and took her to an abandoned warehouse. Her husband Matt (not brother) received a mystery box from the GM with a tracking device and top secret surveillance footage. The video showed him hypnotizing Rebecca using code 10 and asking her trivia questions about her 24 hours in a pool challenge and transforming Ro Pansino into a giant princess doll cake. The mysterious video Rebecca had to watch included photos of different youtubers and said that Stephen Sharer was next for Code 10. There was a sign with Project Zorgo crossed out which we thought Chad Wild Clay was a part of. How many videos of Rebecca’s did the Game Master hack? Thanks so much for watching my family friendly videos in 2018!