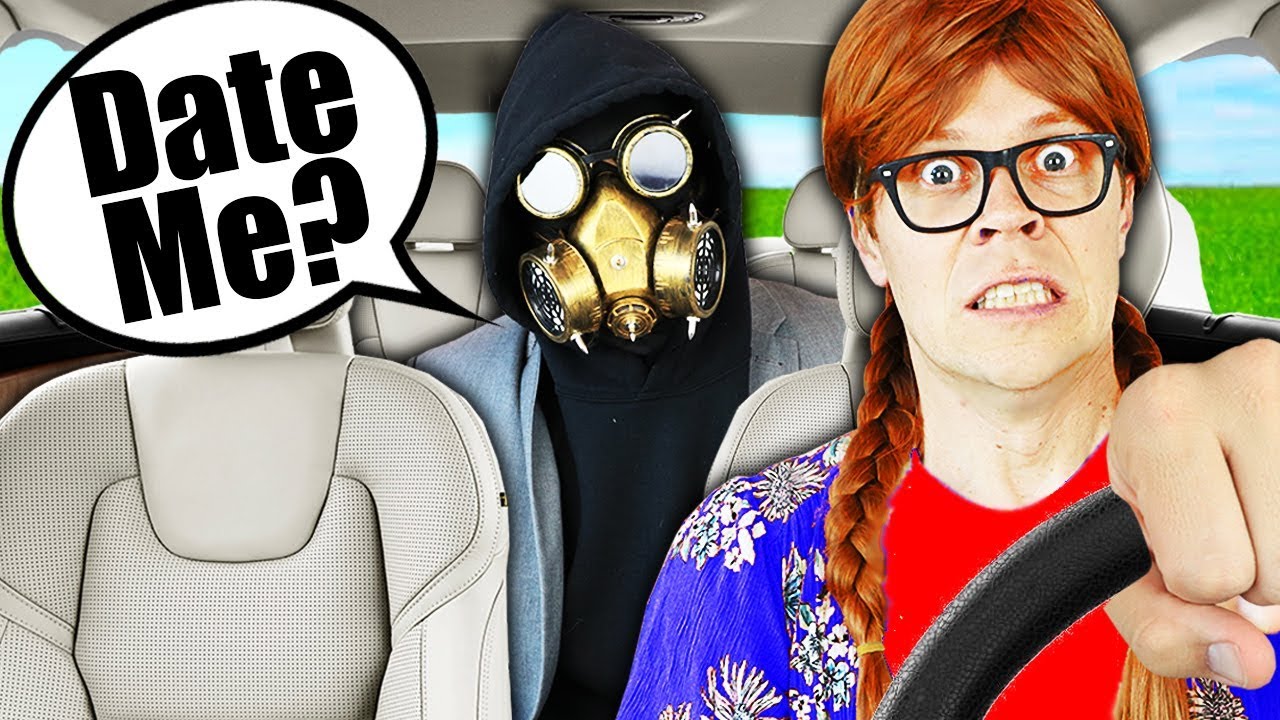 Picked Up Mr. X In an Uber Disguise for 24 Hours! (Gone Wrong) Matt and Rebecca on The GameMaster.com

Matt Slays picked up the hacker, Mr. X in an uber disguise for 24 hours. It was shocking what happened next.

Rebecca Zamolo recently found the Game Master Lair hidden inside the secret tunnel in our new house. However before that Matt and Rebecca competed in the backyard giant slip n slide olympics which led them to try to rescue Daniel from the lake of secrets. That was when the Game Master Network did a battle royale with Matt against the RZ. Twin. Today Matt has to go in a girl disguise in his telsa model x to drive as an uber driver. He first picks up agent R who is waiting to go to Matt and Rebecca’s house. Rebecca and Maddie are going into the tunnel where they found out about the secret life of the game master and where he has been hiding. Agent R has some secrets and reveals he is not really dating Maddie. He also says he put a listening device in her shoe. Matt drops off Agent R at his own house. Should he rescue Maddie and Rebecca? He gets an alert on his iphone se and has to pick up Mr. X. Mr. X and Matt Slays start doing a rap battle in the uber. Its like uber raps free style edition. Mr X asks for Matts number which is under disguise as Anah with his wig. Can he trust Mr. X or maybe he can use it as a way to spy on him. He wants to send funny videos and hilarious memes. Next he picks up both agent s and agent r from game master incorporated. They give a bunch of information and Matt does a uber pool where Rebecca and Maddie show up. They confront the agents. Next hacker number 2 shows up. Who could this be? Rebecca gives him sleep cloud and it looks like Daniel. What is he doing working for the GMI? Thanks for watching my funny entertainment mystery vlog videos in 2020!

Familia Diamond – A Day In Our Life!! https://www.youtube.com/watch?v=GpFVJotRSvs

The Labrant Fam – Breaking The Bad News To Everleigh https://www.youtube.com/watch?v=nKm3Apt-8co