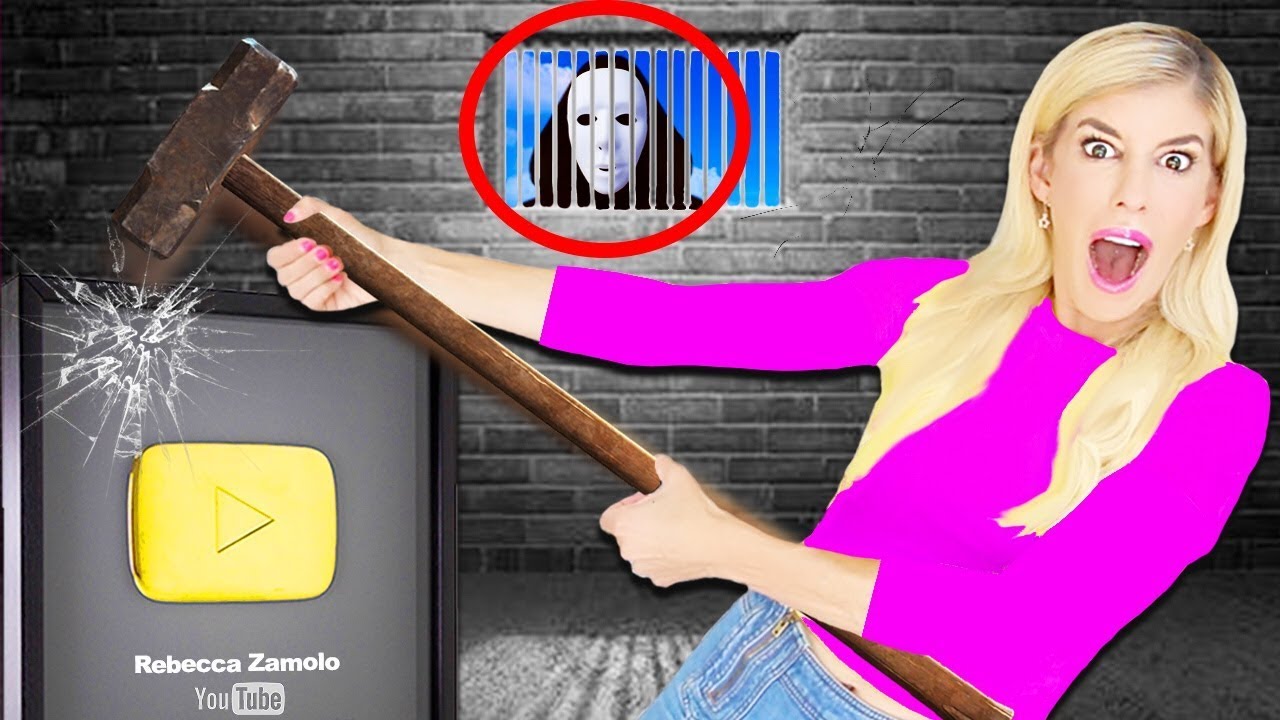 Rebecca Zamolo escaped the Game Master’s Secret Abandoned Arcade and found new evidence and mystery clues. She decided to open her You Tube gold play button and found a secret hidden camera inside which the hacker was using to spy on her. To destroy it Rebecca tried dropping the You Tube button from 45ft high off the top of a castle. Once the frame was broken I used hacker spy gadgets to explore the inside. I found a tracker device and a mystery note. Do you think the GM has been spying on me for more than 24 hours?

After Rebecca Zamolo barely escaped being trapped in the abandoned arcade with Stephen Sharer and his sister (not twin) Grace she went back to her cabin to look for more mystery clues. Rebecca opened her YouTube Gold play button that the Game Master had hidden as the final prize when he sent her on a treasure hunt in an abandoned town. She used spy gadgets to look inside the mystery box and gold button. In order to break it open I dropped it from the top of a castle that was 45 feet high. Even though it broke the frame I needed to get inside the gold center. My husband Matt (not brother) smashed it and found a secret note along with a tracker device, which the GM had been using to trap me. A hacker used a similar recording gadget to spy on Chad Wild Clay and his wife Vy Qwaint for Project Zorgo. This was another piece of evidence to show the Gamemaster might be working with him and this was an escape room in real life. The mystery note said I had 24 hours to get 1k comments on my YouTube video or it would be deleted. Do you think the ZamFam can do it or will more videos be deleted on my channel? Thanks so much for watching my family friendly videos in 2018!