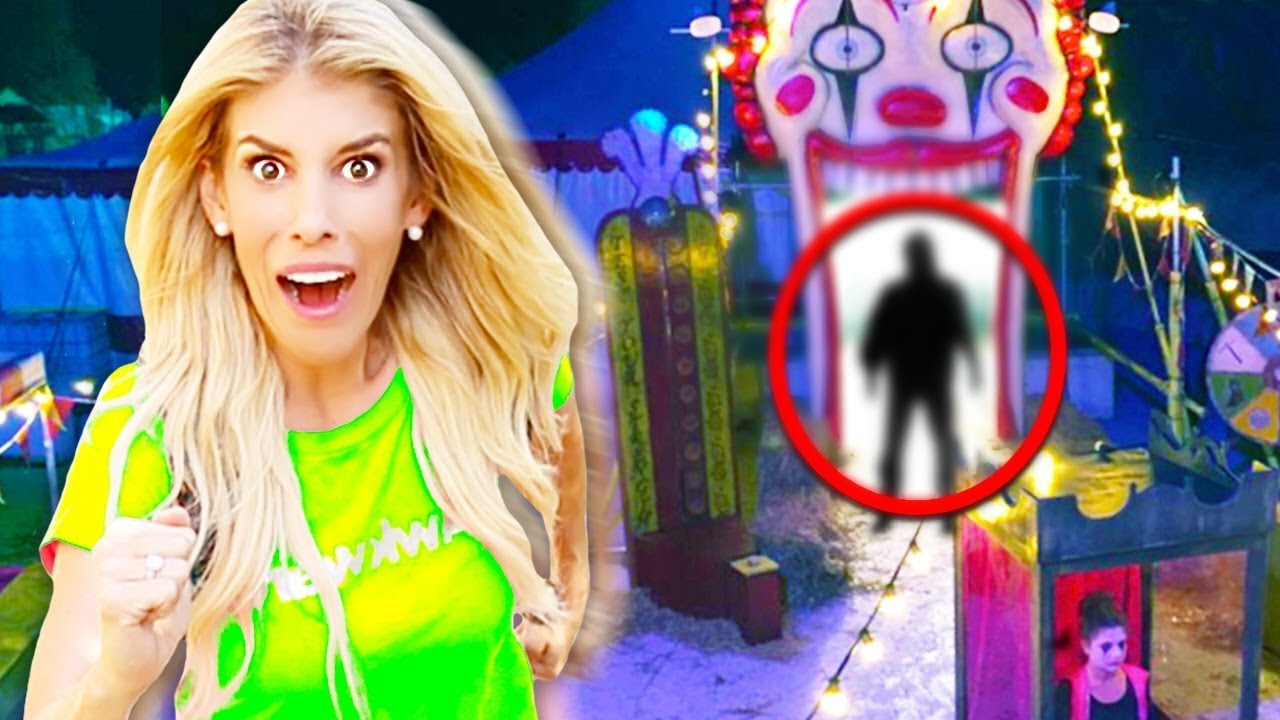 Rebecca Zamolo found the Game Master’s house after exploring the secret hidden underground tunnel in her closet. Rebecca and Stephen Sharer barely escaped with his sister Grace. Grace used her hacker skills and spy gadgets to hack into the Game Master computer. The evidence and final mystery clue led us to an abandoned arcade where we were exploring and searched for more hidden evidence for what the GM is planning. Do you the think he/she was spying on us when we found the clues in this abandoned arcade?

After Rebecca Zamolo got trapped and ended up escaping from the Game Master’s house with Stephen Sharer they stole his laptop to find clues and figure out who the GM is. Stephen’s sister (not twin) Grace was able to hack into the computer and we found clues and a four-digit code that gave use the abandoned arcade address. We decided we needed to sneak in explore the creepy arcade to find evidence while we could. I got an alert on my iPhone and saw hidden surveillance footage of the Gamemaster in my house. We knew we had less than 24 hours to solve the mystery. We found his secret room with YouTuber pictures on the wall and a puzzle. Chad Wild Clay and his wife Vy Qwaint were two of the pictures along with Rebecca and Stephen. Before we had a chance to collect all the evidence the Game Master arrived and tried to trap us. We ran through a lazer tag maze before he could catch us. My husband (not brother) Matt was waiting for us with the spy wagon so we could escape. How do you think the Game Master keeps spying on us and staying one step ahead? Thanks so much for watching my family friendly videos in 2018!